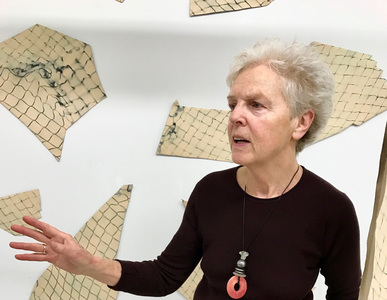 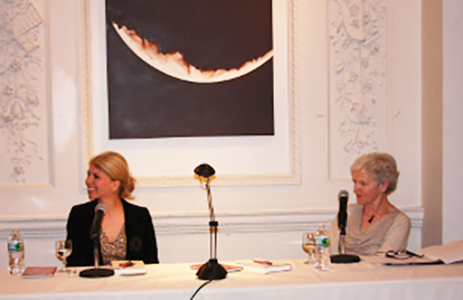 Reading at the Goethe-Institut (Boston, MA) with Barbara Eskin (right) and "About Time" as a backdrop